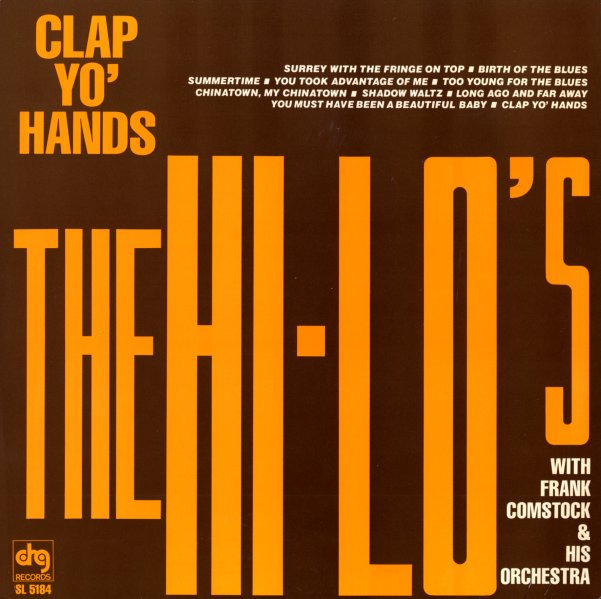 Clap Yo' Hands (aka Hi-Lo's In Stereo)

Groovy vocal group material from this legendary combo that went onto change the style of harmony vocals for the next 50 years! The group's led by Gene Puerling, who later went onto form the Singers Unlimited for MPS, and the orchestrations are by Frank Comstock – in a line with The Four Freshmen, Beach Boys, and Tamba Trio!  © 1996-2022, Dusty Groove, Inc.
(Early 80s issue.)

Now Hear This
Columbia, 1957. Very Good+
LP...$1.99
Excellent vocal group material from The Hi-Los – one of the best male vocal quartets ever! The foursome have an amazing talent with a jazz riff – and their style of handling a tune was only ever matched by the Four Freshmen for sheer inventiveness and vocal imagination. The album's ... LP, Vinyl record album