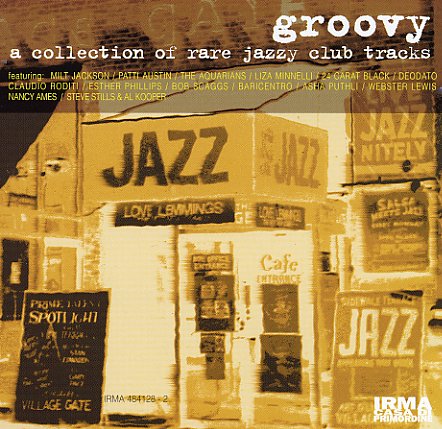 Italy's great answer to the Mojo Club comps, and a great mix of jazz, soul, and other groovy musics that get a lot of play in the kind of hip clubs that we never seem to have over here in the states. A great 14 track mix of cuts that never stops to entertain, and which sounds great in a cool rotation of styles that keeps things fresh throughout. With "Bayu Bayu" by The Aquarians, "Snow Samba" by Claudio Roditi, "24 Carat Black Theme" by 24 Carat Black, "Carcara" by Nancy Ames, "El Bobo" by Webster Lewis, "Right Down Here" by Asha Puthli, and "The Metal Melther" by Milt Jackson. Great stuff.  © 1996-2021, Dusty Groove, Inc.
(Out of print, disc has a few small marks but plays fine.)