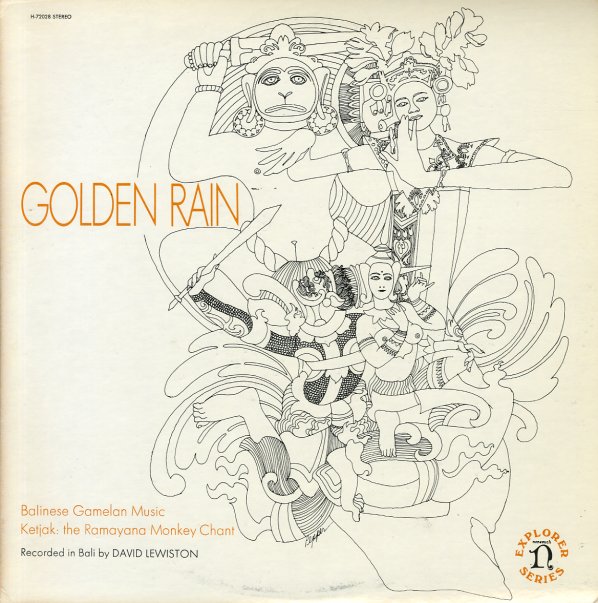 One of the most important albums to present the sounds of Bali to the world at large – not just because the set perfectly captures the sharper, more bracing sound of Balinese gamelan, but also because it includes an extended recording of the famous "monkey chant"! The first half of the record features two long gamelan passages – "Golden Rain" and "Bumblebee" – both somewhat frenetic, and quite different than some of the slower, more spacious gamelan sounds you might be more familiar with – as the Balinese approach can be quite driving and dynamic, with many changes in tempo and tone! The second half is even more amazing – the 20 minute "Ramayana Monkey Chant" – which features a group trading staccato vocals back and forth in an even more frenzied way – building and building as the track goes on, with an intensity that's gone onto make this album the stuff of legends!  © 1996-2022, Dusty Groove, Inc.

Missa Luba
Philips, 1968. Very Good+ Gatefold
LP...$4.99
One of the biggest world music hits of the 60s – a unique album that mixes Congolese songs with a new interpretation of the Latin mass! Les Troubadours Du Roi Baudouin are an ensemble of young singers with a very joyous sort of feel – one that works equally well for the traditional ... LP, Vinyl record album