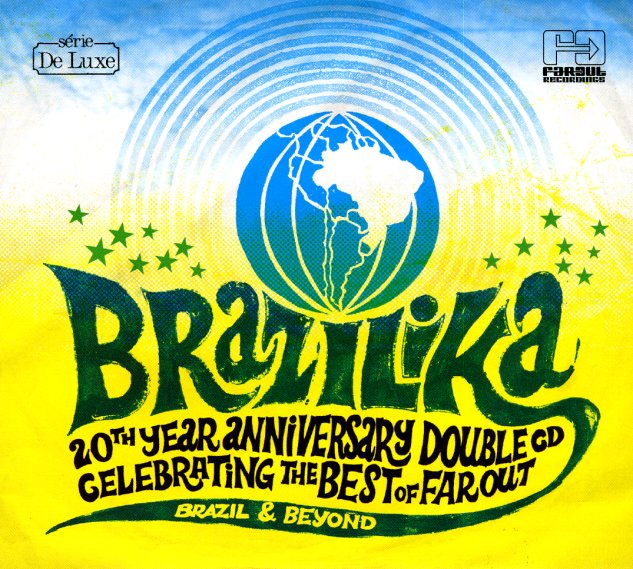 Brazilika – 20th Year Anniversary Compilation Celebrating The Best Of Far Out, Brazil & Beyond

Hard to believe it's been 20 years since the Far Out label first started making wonderful music – because their sounds are always so ahead of their time, it's as if they're still coming to us from the future! This wonderful 2CD set perfectly sums up all that's great about Far Out – their longstanding commitment to Brazilian music, their London-based ear for new styles of expression, and their way of reaching out to the globe with a vision that's continued to captivate listeners around the world for the past two decades! CD 1 features key Far Out cuts – including "Meu Samba Torto" by Clara Moreno, "Escape" by Marcos Valle, "Samba Da Silvia" by Joyce, "Brisa Mar" by Sabrina Malheiros, "Aos Pes Do Redentor" by Banda Black Rio with Caetano Veloso, "Ups & Downs" by Kirk Degiorgio, "Vagalume" by Democustico, and "Agua" by Nina & Chris. CD 2 features a huge mix of 27 tracks all handled by Spiritual South – including 11 numbers that appear here for the first time ever!  © 1996-2021, Dusty Groove, Inc.