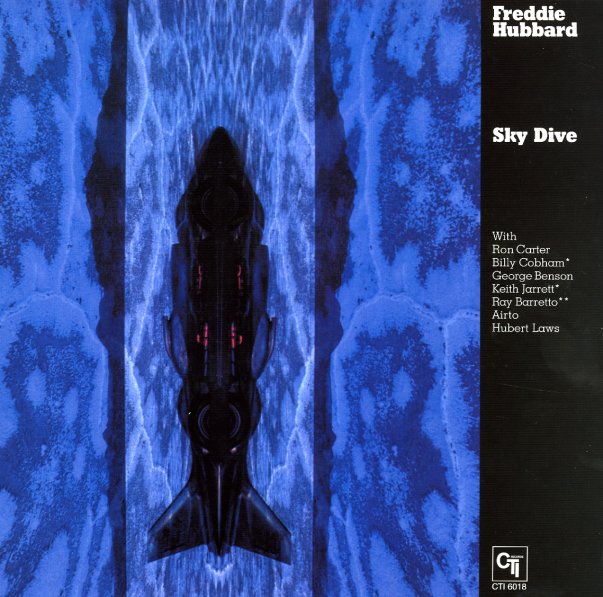 A killer set from Freddie Hubbard's legendary years on CTI! Like the classic Red Clay album, there's 4 tunes here, all longer cuts – where everyone gets a chance to stretch out a bit, over smooth (but not too smooth!) electric grooves, supported by great orchestrations from Don Sebesky! Ron Carter & Billy Cobham provide a tight but elastic rhythmic underpinning – a great foil for solos by players who include Keith Jarrett on electric piano, George Benson on guitar, Hubert Laws on flute, and Freddie himself on trumpet. Airto & Ray Barretto are on percussion, with some nice percolating accents to the grooves – and titles include the classic "Povo", an oft-sampled monster – plus "In A Mist", "The Godfather", and "Sky Dive".  © 1996-2021, Dusty Groove, Inc.
(Original pressing with Van Gelder stamp.)