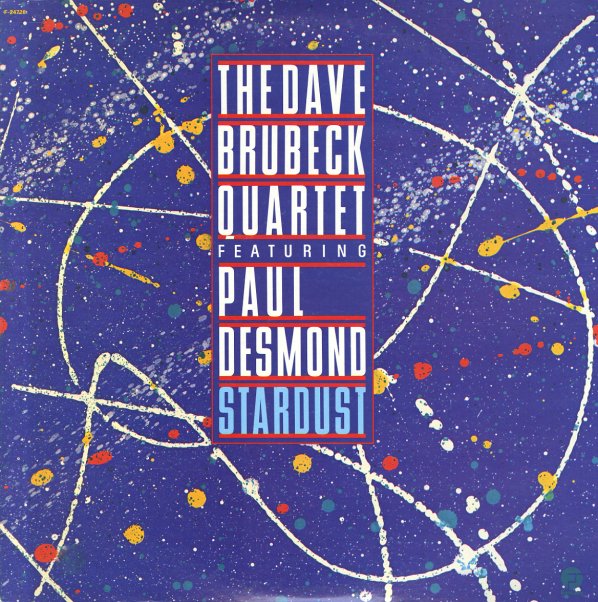 A Dave Brubeck/Paul Desmond double header – two vintage albums in a single package! Stardust is great stuff from the early days of the Brubeck/Desmond alliance – when Dave's piano had first met up with Paul's alto, with incredible results that would soon transform the face of popular jazz. The set's mostly standards – but it does include 2 strong originals, "Crazy Chris" and "Lyons Busy", as well as some Brubeck-ized versions of tunes like "Frenesi", "Mamselle", and "At A Perfume Counter". Dave Brubeck Quartet is sublime early work from pianist Dave Brubeck – already recording here with the amazing Paul Desmond on alto sax – in the kind of magical blend that would bring both players great fame by the end of the 50s! Even at this early point, the subtle modern touches are perfectly in place – that blend of space, sound, color, and tone that made the Brubeck/Desmond team so unique – recorded here without any other gimmicks or trappings to get in the way. The set mostly features shorter versions of standards – including "Stardust", "Just One Of Those Things", "Alice In Wonderland", and "All The Things You Are" – but it also features an amazing 14 minute take on "At A Perfume Counter", with really extended solo lines from Desmond!  © 1996-2022, Dusty Groove, Inc.

Bravo Brubeck (with bonus track)
Columbia, 1967. Used
CD...$6.99
Bravo Brubeck, indeed – as this great live set not only has the Brubeck quartet in Mexico, working through some surprising Latin-themed tunes – but also includes some added percussion and guitar, which brings a whole new dimension to their sound! The album's still got the core Brubeck ... CD

Quintessence
Fantasy, 1977. Used
CD...$8.99
70s work from Evans, caught not in his typical solo or trio setting, but in an all star quintet that recalls his excellent Interplay sides. Evans is joined by Harold Land, Kenny Burrell, Ray Brown and Philly Joe Jones who offset Evans' contemplative approach beautifully here. 5 numbers in all, ... CD