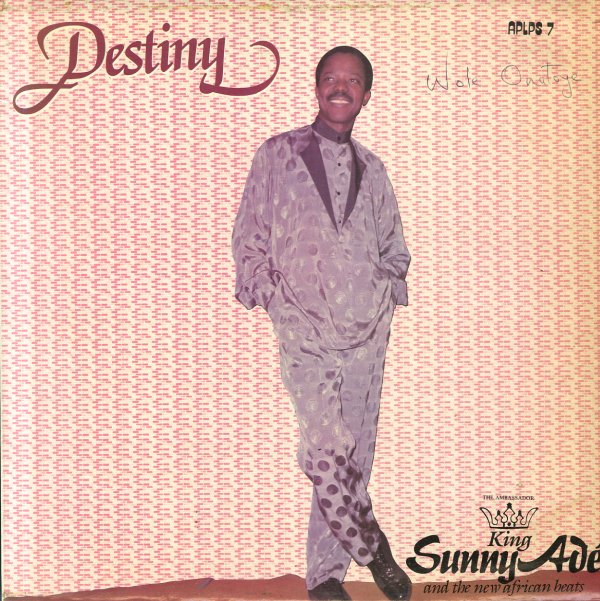 We have to be honest, we know a little bit about African music, but not a lot. So when we came across a small stack of African records, we scooped them up and put them online, but rather than insult those of you out there who know and love this stuff, we're just listing them at a nice price without trying to describe them, and are confident you fans of the real deep African grooves will be able to know what you're looking at. This album features 10 tracks, including "Destiny", "Mo Gbadura", "Ojowu", "Ipe Ndun", "Laiye Ijosi" and "Teni Ni Teni".  © 1996-2021, Dusty Groove, Inc.