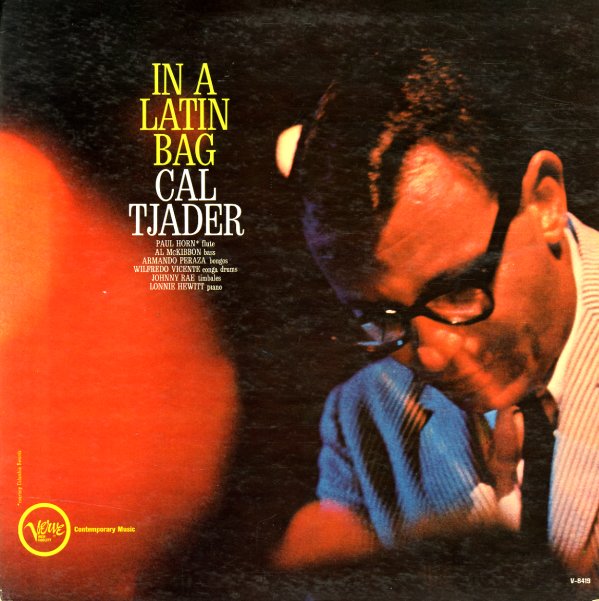 In A Latin Bag

One of Cal's first albums for Verve, and a great set of Latin tracks with Lonnie Hewitt on piano, Armando Peraza on bongos, Johnny Rae on timbales, and Paul Horn on flute. The overall sound is great – and the album has a straight-on jazzy groove that makes it much better than some of Cal's Latin efforts for Fantasy. Titles include "Davito", "Ben Hur", "Mambo In Miami", "Ecstasy", and the great cut "Pauneto's Point", issued here with no mention of Bobby Vince Pauneto!  © 1996-2021, Dusty Groove, Inc.
(MGM pressing. Cover has light wear.)