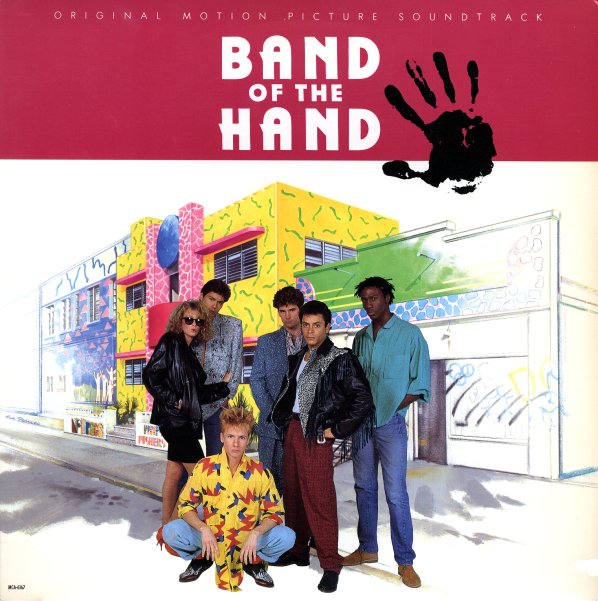 Band Of The Hand

Maybe not the greatest film in the world, but a record that's well-remembered for the title track "Band Of The Hand" – performed by Bob Dylan with The Heartbreakers! Also features tracks by The Reds, Andy Summers, and Shriekback.  © 1996-2021, Dusty Groove, Inc.
(Cover has a promo stamp and hype sticker.)