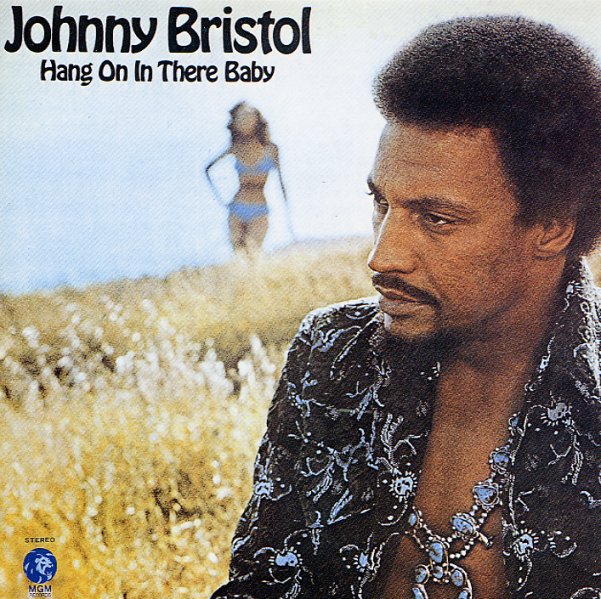 The first solo album from Johnny Bristol – a genius soul talent who did a bunch of great work for Motown as a writer and arranger, breaking out here on his own! Like so many other behind-the-scenes talents from the late 60s, Johnny turned out to be an excellent soul artist in his own right – even though he only got to cut a rare few albums during the 70s – and this debut album already has him emerging straight away as a fully-formed talent! The vibe is a great mix of Detroit and California Motown – arranged by HB Barnum, and produced with a style that's tight, but still open and fluid too. Backings mix soulful strings with sweet harmonies – and lots of the tunes have a great 70s mellow soul groove. Titles include "Woman Woman", "I Got Your Number", "You & I", "It Don't Hurt No More", and the anthemic "Hang On In There Baby".  © 1996-2022, Dusty Groove, Inc.
(Cover has some wear and aging, lightly bent corners, and some adhesive remnants in back.)

Bristol's Creme
Atlantic, 1976. Very Good
LP...$7.99
An excellent smooth soul groover from Johnny Bristol! The album has Johnny stepping into a more sophisticated groove than he used on his early 70s albums for MGM – mixing together styles that sound a lot like those used by artists like Leroy Hutson or Leon Ware at the time, a mix of well-prod ... LP, Vinyl record album

Eric Burdon Declares War
MGM, 1970. Very Good+
LP...$29.99
War became so popular on their own in later years that it's easy to forget how they first sprung onto the soul charts – here, in an album of many styles that was put together by the wayward Eric Burdon after the dissolution of The Animals. We have to admit that Burdon was a genius to hook ... LP, Vinyl record album

Stand By Me
MGM, Late 60s. Very Good
LP...$4.99
A bit of a gimmick – but a good one! The title track to the album is a famous 6 minute version of "Stand By Me" – one that has Spyder singing the track in styles that imitate Eddie Kendricks, James Brown, Jackie Wilson, Billy Stewart, and others. The rest of the album ... LP, Vinyl record album

Warm Soul
MGM, 1963. Very Good+
LP...$0.99 1.99
A key 60s classic from the great Roy Hamilton – an album done nearly a decade after his initial rise to fame, but with a really great sound overall! Roy's vocals are wonderfully full and feeling here – a bit in the mode of Brook Benton, with some mellower country influences at the ... LP, Vinyl record album