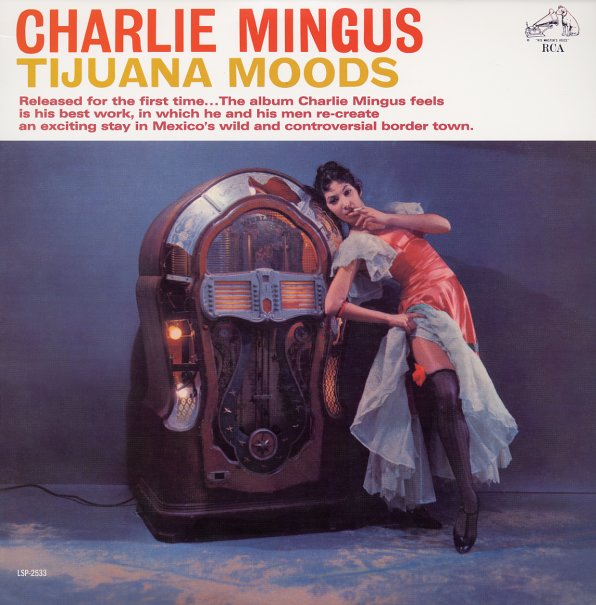 Oh how we love this album – and we think it may well be the best album ever from Charles Mingus! The set was recorded in that magical Mingus year of 1957, but oddly not released until 1962 – missing some of the initial frenzy of his discovery during the Atlantic and Columbia years. But the album's actually a treasure that predates the better-known latter sides – with a sharpness and intensity that Mingus hardly ever matched again! The group is one of his strongest ever – with Shafi Hadi on alto, Clarence Shaw on trumpet, Jimmy Knepper on trombone, and Bill Triglia on piano. There's a slight Latin vibe, as you might expect from the title – but it's very slight overall, and most of the tunes are in that sharply angular, fully expressive style that flowered most strongly for Mingus in the late 50s. There's not a wasted moment of music on the whole album – with tight solos and incredible rhythms that dominate every second of the extended tracks – and titles include "Dizzy Moods", "Flamingo", "Los Mariachis", "Ysabel's Tabel Dance", and "Tijuana Gift Shop".  © 1996-2022, Dusty Groove, Inc.
(Out of print, digipack case has some edgewear.)