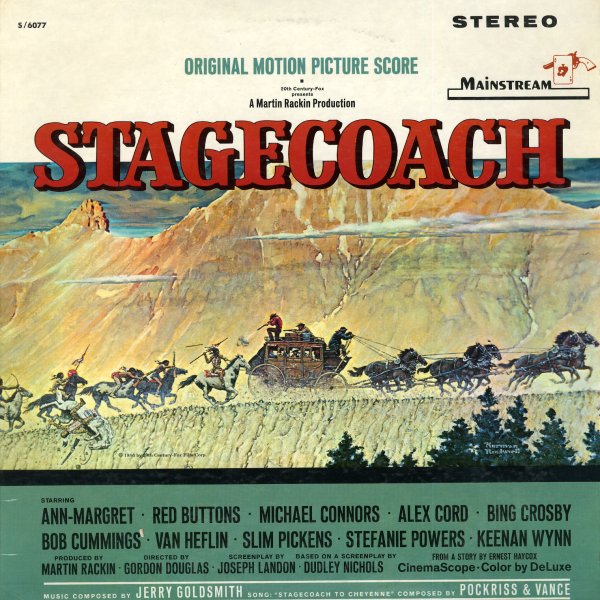 The soundtrack to the 60s version of Stagecoach – the one with the outrageously beautiful Ann Margaret, Bing Crosby, Red Buttons, Slim Pickens and Alex Cord – with a lavish, though appropriately dust-strewn Jerry Goldsmith soundtrack! This '66 remake may not rival John Ford's landmark earlier version, but it certainly has a wonderful soundtrack going for it. Oh, and also the jaw-droppingly gorgeous Ann Margaret. Wait, did we mention her already?  © 1996-2021, Dusty Groove, Inc.
(Stereo pressing. Cover has a small cutout hole.)

Harper
Mainstream, Mid 60s. Sealed
LP...$19.99
A hell of a soundtrack from the great Johnny Mandel – maybe his jazziest work of the 60s, and perfectly scored for this groovy cop film that stars Paul Newman as the 45-wielding title character! The vibe here is almost more 60s Quincy Jones than anything else – with sublime ... LP, Vinyl record album