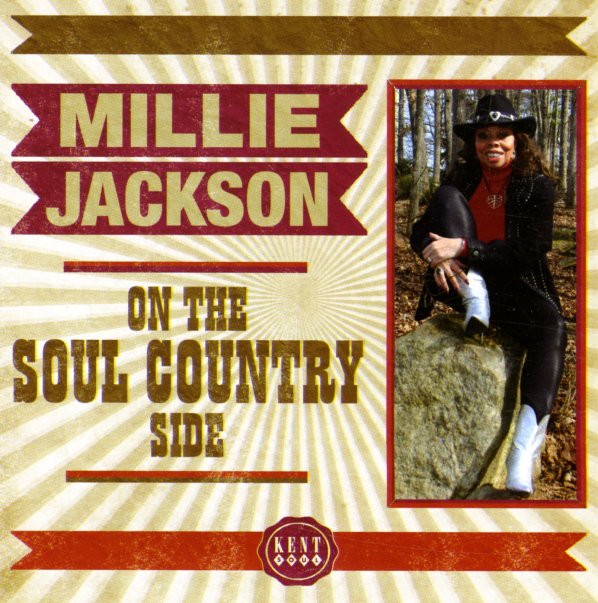 Classic country soul from Millie Jackson – plus a brand new song as well – all served up in a set that shows yet another side of this legendary singer! Millie's known both for her weepy sad songs of the early years, and her bitchy blues of later ones – but during the 70s, she also cut a fair bit of country-tinged tunes as well – done in a similar space as other southern soul singers like Joe Tex, Solomon Burke, or Joe Simon! The styles vary nicely, though – not just the straight blend of country roots and soulful inflections you'd hear in the 60s – as some of the tracks are from later years, and bring in some modern soul to the mix – nicely expanding the sound. A few titles are duets with Isaac Hayes – and titles include "Angel In Your Arms", "Rose Colored Glasses", "Sweet Music Man", "Cheatin Is", "You Needed Me", "Pick Me Up On Your Way Down", and "Standing In Your Line" – plus the brand new track "Black Bitch Crazy".  © 1996-2021, Dusty Groove, Inc.