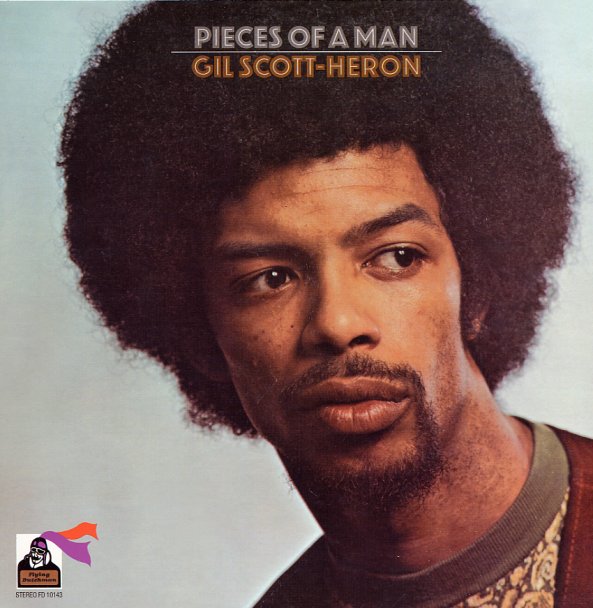 Pieces Of A Man (with bonus tracks)

Our favorite-ever album from Gil Scott-Heron – and a set that we'd easily rank as one of our favorite soul records of the 70s! The mix of modes is mindblowing right from the start – as Gil's poetry comes into play with his growing talents as a singer, and his warm sensibility for jazz – all at a level that's light years ahead of anything any singer would have attempted a few years before – and which went onto have a huge influence for years to come. If you only know Gil from his protest work, there's a lot more here to discover – the bittersweet blend of pain and power that's always made him so fantastic. And yes, the record does include the groundbreaking "The Revolution Will Not Be Televised" – but what we treasure even more is all the more personal numbers – including "Lady Day & John Coltrane", "Home Is Where The Hatred Is", "The Needle's Eye", "I Think I'll Call It Morning", "Save The Children", and "Pieces Of A Man". Brilliant all the way through! CD features three bonus tracks by Gil's group Black & Blues – "Chains", "Peace", and "A Toast To The People".  © 1996-2021, Dusty Groove, Inc.