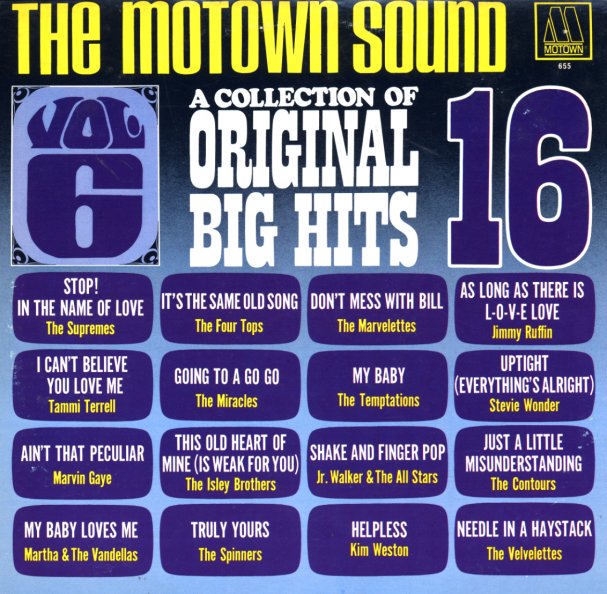 Not just big hits, as there's some great overlooked cuts here – a list of 16 titles that includes "It's Been A Long Long Time" by The Elgins, "Your Unchanging Love" by Marvin Gaye, "In & Out Of Love" by Diana Ross & The Supremes, "Fading Away" by The Temptations, "Night Fo Last" by Shorty Long, "I Can't Give Back The Love I Feel For You" by Rita Wright (Syreeta), "It's So Hard Being A Loser" by The Contours, "I'll Say Forever My Love" by Jimmy Ruffin, "I Got A Feeling" by Barbara Randolph, "Since I Lost You Girl" by The Monitors, and "My Baby Must Be A Magician" by The Marvelettes.  © 1996-2021, Dusty Groove, Inc.
(60s UK pressing, with flipback cover – in great shape!)

Motown Disc O Tech #2
Motown, 1975. Very Good+
LP...$4.99
Second volume in this series of Motown compilations aimed at the dancefloor – and in spite of the tile, the material here is more soul than disco, but definitely more in the dance vein than the get your groove on side of things. Includes some sublime numbers like "Date With The ... LP, Vinyl record album