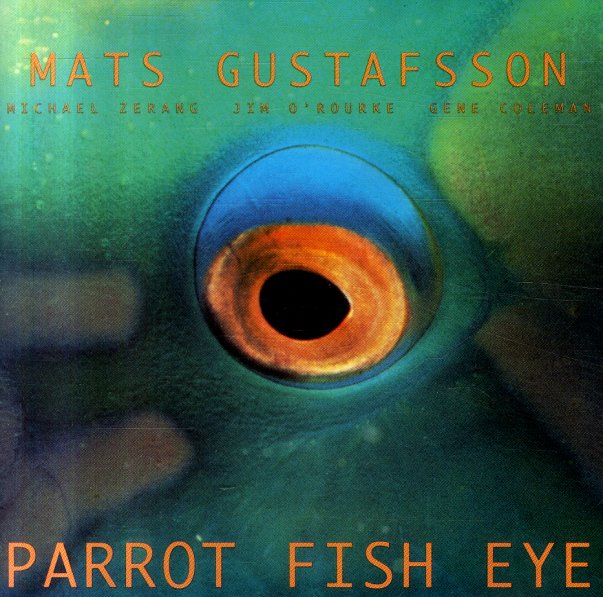 The first American recording of Swedish reed genius Mats Gustafsson – done at a time when he was first reaching out to the Chicago jazz scene, the start of a legacy that would continue for decades! Mats is already an amazing force on his horns here – which include soprano, baritone, and fluteophone – flowing out with unusual textures and shapes that quickly mark him as one of the most unique and spontaneously creative players to emerge from the European scene in years. The first half of the set has Gustafsson working with percussionist Michael Zerang – whose sense of soundshape really matches Mats on reeds. The second is maybe a more unusual pairing, as both forces were an important part of Chicago at the time – Gene Coleman on clarinet, and Jim O'Rourke on guitar, accordion, and percussion – working strongly as an improviser, before he left the city for Sonic Youth and a host of other great endeavors. Titles include "Parrot Fish Eye", "I'll Give You This", "Knotted Canvas", "Even The Rain", "Dolphin Nap Music", "Where's The End", and "Tied Door".  © 1996-2021, Dusty Groove, Inc.