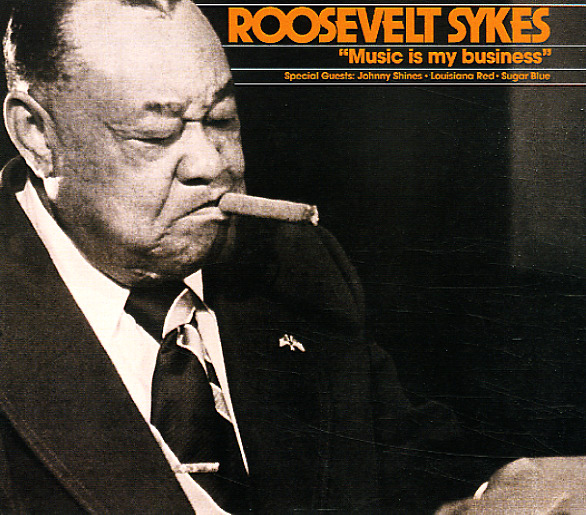 An obscure 70s album from the legendary Roosevelt Sykes – but a set that captures the singer and pianist at the height of his powers! The format here is very stripped-down – often just a focus on Sykes himself, with the occasional addition of a bit of guitar from Louisiana Red or Johnny Shines, both of whom sing slightly too. Sugar Blue also adds in harmonica on a few numbers – but the overall feel is more that of Roosevelt working by himself, almost in an after hours mode – then welcoming in some friends as they drop by to sit in on a few numbers. Titles include "Dream Woman", "Mistake In Life", "Music Is My Business", "A Good Woman", "How Long", "Funky Side", and "Leavin Chicago".  © 1996-2021, Dusty Groove, Inc.

Famous L Renfroe As The Flying Sweet Angel Of Joy – Children
Big Legal Mess/Fat Possum, Late 60s. New Copy
CD...$11.99 13.99 (LP...$13.99)
Not really famous, but gritty & grooving bluesy gospel soul from Famous L Renfroe – and artist who might even be more mysterious to us after hearing the record! The Flying Sweet Angel Of Joy is kind of a dreamlike mix of impassioned vocals, electric guitar and bass, with some drums. ... CD