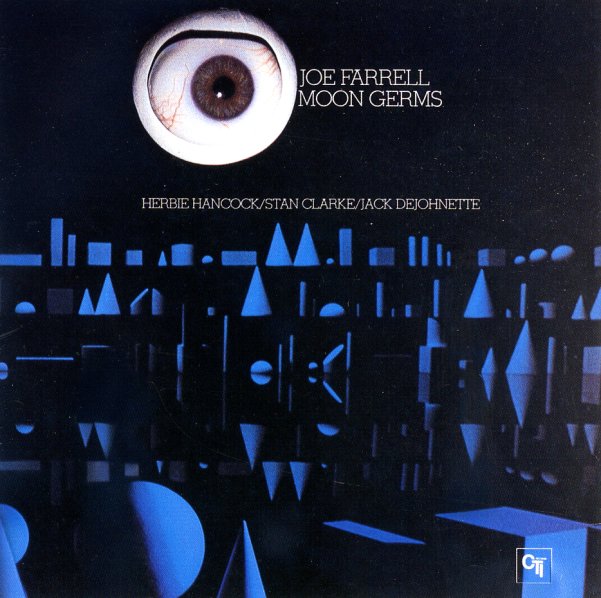 One of the best records ever cut by funky sax man Joe Farrell! The album's got a stripped down, choppy groove – virtually the blueprint for later 70s funk of this type, and played perfectly by Farrell and a very hip quartet lineup! Players include Joe on soprano and tenor sax, Herbie Hancock on keyboards, Stanley Clarke on bass, and Jack DeJohnette on drums – playing with a very angular sense of rhythm that really dives the record! The record's got a tight combo sound that's far more energetic than most CTI jazz from the time – and titles include the great cut "Great Gorge", which has a tight modal sample groove, plus "Times Lie", "Bass Folk Song", and "Moon Germs".  © 1996-2021, Dusty Groove, Inc.
(Out of print.)

Directstep (Japanese pressing)
CBS/Sony (Japan), 1978. Used
CD...$14.99 (LP...$21.99)
A rare Japanese-only session from Herbie Hancock – very electric, and nicely funky in all the right parts! The set was recorded at the end of the 70s with amazing fidelity – and features a unique lineup that includes Webster Lewis on additional keyboards and Alphonse Mouzon on drums ... CD

Woody's Winners
Columbia/Sony (France), 1965. Used
CD...$6.99 (LP...$2.99)
Wome of Woody Herman's cooler, groovier work of the 60s – with work from young talents that include Don Rader on both trumpet and arrangements, plus Dusko Goykovich on additional trumpet, Nat Pierce on piano, and Sal Nistico on tenor! CD