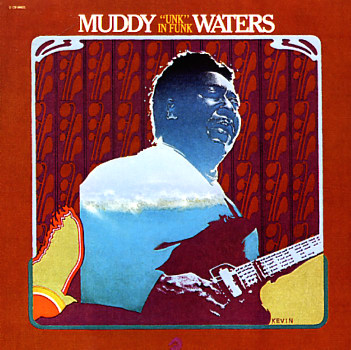 Muddy Waters definitely put the "unk" in funk – although back in his day, the word meant something different than in the 70s! This set features some great late Muddy for Chess – produced in conjunction with Ralph Bass, Muddy's longtime associate in the studio, and done with a style that's a lot more rootsy than the title might imply! Instead of the electrified funky style that other Chess bluesmen were going for in the early 70s, or which Waters used on his late 60s albums, this one is a more back to basics set – with stripped down arrangements, and the kind of electric down homey feel that must have been big with the college kids. Pinetop Perkins plays piano on the set, and Carey Bell Harrington throws in a lot of harmonica. Titles include "Electric Man", "Trouble No More", "Unk In Funk", "Everything Gonna Be Alright", "Waterboy Waterboy", and "Rollin & Tumblin".  © 1996-2022, Dusty Groove, Inc.