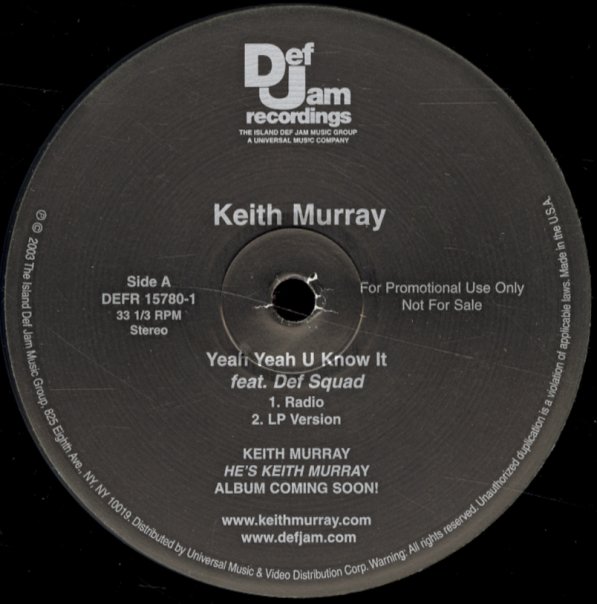 Features the Def Squad.
(In a stickered Def Jam sleeve.)