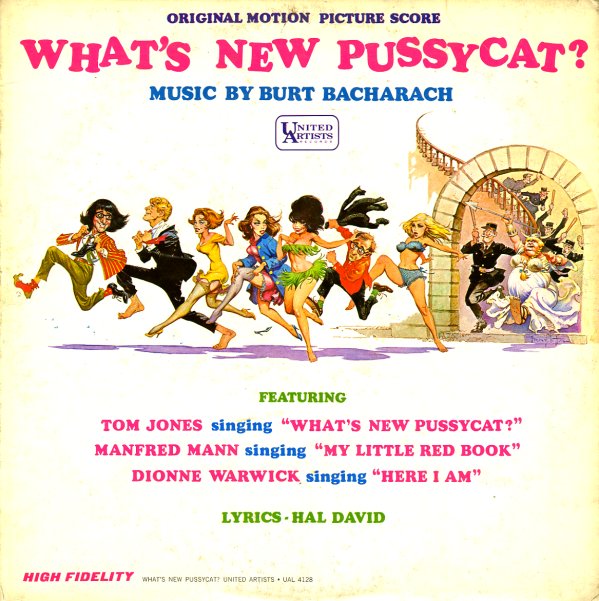 The classic Burt Bacharach score for What's New Pussycat – a mid 60s sex-farce starring Peter Sellers and Peter O'Toole! The album features some amazing vocal tracks that have become enduring classics – like "What's New Pussycat?" sung by Tom Jones, "Here I Am" sung by Dionne Warwick, and the incredible "My Little Red Book" sung by Manfred Mann – but almost better than these are the Bacharach instruments – handled by Burt in ways that really move past some of the simpler stylings of his pop work of the time, yet which still have all the breezy Bacharach charm firmly intact! Some of these sweet original titles include "Marriage, French Style", "Stripping Really Isn't Sexy, Is It?", "Catch As Catch Can", and "Pussy Cats On Parade".  © 1996-2021, Dusty Groove, Inc.
(Stereo pressing.)

Harmagedon
Canyon (Japan), 1983. Very Good+
LP...$23.99
The Japanese version of this score – music by Nozomu Aoki, supervised by Keith Emerson, who also plays a lot of keyboards – and vocals from Rosemary Butler on one track! LP, Vinyl record album