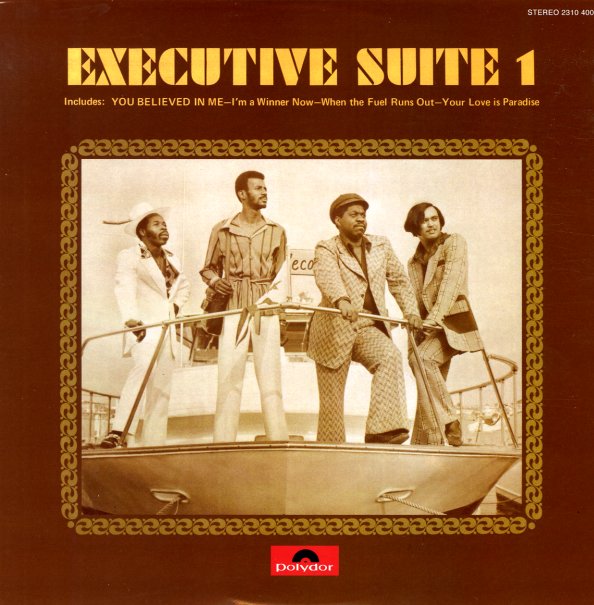 A gem of a full-length set from Executive Suite – a Philly quartet who are probably best known for their singles in the 70s, but who really find a great way to open up here in the course of an expanded album! Some of the tracks are nice and long – done in a two-part style that really brings up some of the excellent Sigma Sound backing the group get for their vocals arranged with a nice early approach to Philly club by Patrick Adams, Bobby Martin, and the team of Norman Harris, Ronnie Baker, and Earl Young! The sound rivals some of the more famous Philly productions on Atlantic Records by bigger groups of the mid 70s – and titles include "You Got It (parts 1 & 2)", "When The Fuel Runs Out (parts 1 & 2)", "You Believed In Me (parts 1 & 2)", "I'm A Winner Now", and "Your Love Is Paradise".  © 1996-2022, Dusty Groove, Inc.

Sho Is Funky Down Here
Polydor/Now Again, 1971. New Copy (reissue)
LP...$23.99 27.99
A legendary bit of fuzzy funk from James Brown – an important collaboration with the mighty Dave Matthews, who brings a more tripped-out feel to the record than some of James' other King sessions of the time! Matthews adds in lots of psych-influenced guitar – used very different than ... LP, Vinyl record album