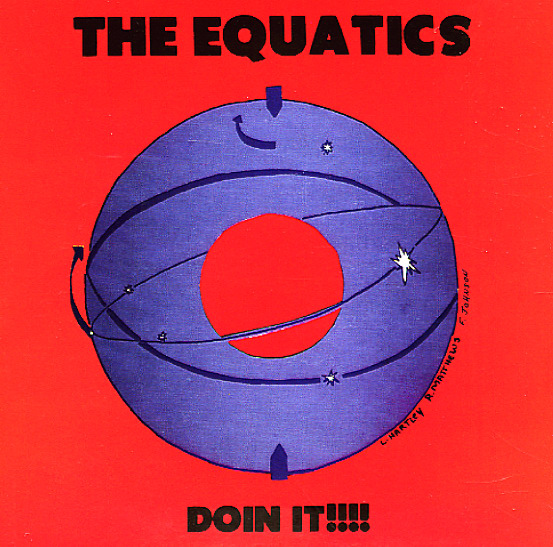 Also available
Equatics — Doin It!!!! ... CD 6.99
Rare 70s funky soul from The Equatics – just the kind of record that keeps us digging and still excited after all these years – resurrected by the like minded diggers at Now Again! You know the kind of album we're talking about, the ones you come across with enigmatic cover art, no names on the back you recognize or even anything indicating where or when it's from. Then you take a spin and it's the real thing from the get go! The production is nice and raw but not ragged, and a funky vibe that groups today emulate but just can't recapture. This set's mid 70s R&B, mostly instrumental but with a few vocal numbers, all nicely done up in a very groovy, funky fashion. There's a couple of nice covers, like their Isaac Hayes-ish take on "Walk On By" and a nice rendition of "Ain't No Sunshine", but the rest of the set's mostly originals, like "Merry-Go-Round" and some nice raggedy instrumentals like "What They Doin?", "Santana" done up in parts 1 and 2 (maybe on a 45 somewhere. . .), "Cisco Fare" and the jazzy "The Touch Of You". Amazing!  © 1996-2022, Dusty Groove, Inc.