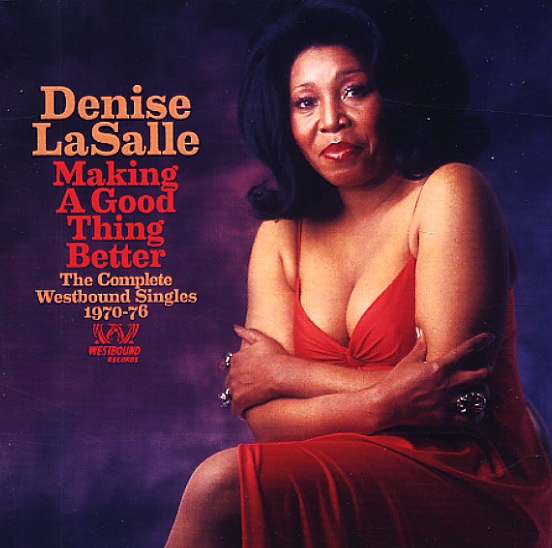 Some of the deepest soul to ever come from a Detroit label – a great run of singles cut by Denise LaSalle for the Westbound label – all of them pretty darn wonderful! Denise has roots that start in Mississippi, and she spent plenty of time in Chicago – so by the time she hit Westbound, she had a great interstate approach that really pulled some great styles together! In a way, these sides were crucial in helping push southern soul forward in the 70s – not just in the production, which was tight, but never too smooth – and which helped give her bluesy inflections a hip, modern sort of mode – one that was often well-suited to the subtle gender politics of the tracks too. Ace did a great job with this smoking set – and not only includes all the key singles, both a-sides and b-sides – but even throws in some great notes, and a few rare radio spots too! Titles include "Do Me Right", "Man Sized Job", "Trapped By A Thing Called Love", "Keep It Coming", "Here I Am Again", "My Brand On You", "What Am I Doing Wrong", "Don't Nobody Live Here", and "Your Man & Your Best Friend".  © 1996-2022, Dusty Groove, Inc.