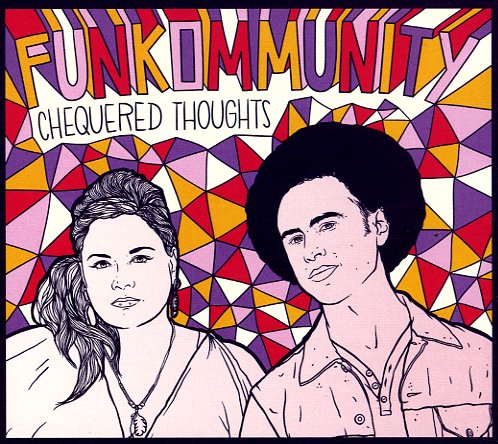 Kiwi funk and soul from Funkommunity – a modern collective that's anchored by the duo of producer Isaac Aesili and soulful singer Rachel Fraser – and they deliver a very promising debut here for Melting Pot! Funkommunity has a far more distinctly modern vibe than their more throwback-styled peers in the international funk scene – Rachel's vocals are purely soulful, but the overall sound features layers of synths and beats that range from boogie soul to spacey hip hop-styled. There's also quite a bit of live instrumentation in the mix – guitars, horns, bass and Rhodes in particular. Nice stuff! 12 tracks on the CD "Pass It On", "What You Give", "The Light", "Dandelion", "Sorceress", "Yeah", "Liquefaction", "Nortwest & 4th:, "Never Fading", "Make It That Way" and Start Again".  © 1996-2022, Dusty Groove, Inc.
(Still sealed.)

Actual Proof
PGI/Platform, 2000. Used
CD...$6.99
New work from the famous funky drummer of The Headhunters! The session features work by Charlie Hunter, Bennie Maupin, and Jed Levy – and it's got a similar feel to some of the west coast jazz funk jamband LPs, especially work by some of the Greyboy All Stars crew. Clark's drumming is as ... CD