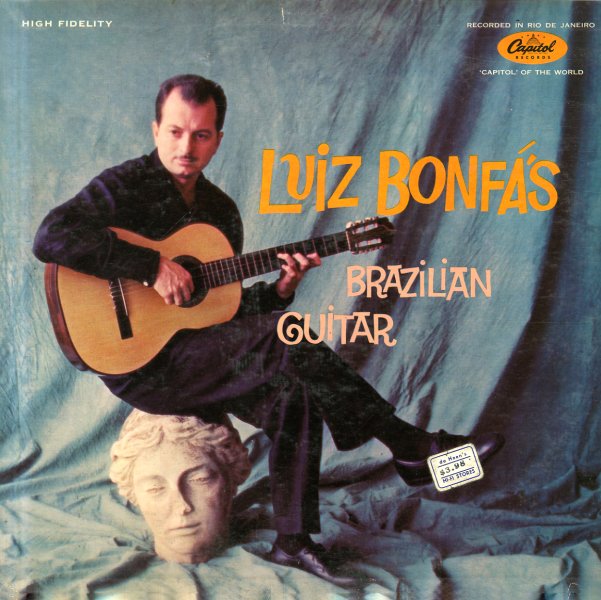 A classic early set of tracks by the Brazilian guitar genius Luiz Bonfa, filled with the lightness and breeziness that made his playing a huge inspiration for the Bossa Nova movement. Originally recorded in Rio by the Odeon label, with some orchestrations behind him, but they're mostly spare and fragile, and they let Bonfa's dark moody guitar come to the forefront. Titles include "Batucada", "Xango", "Mambolero", "Cancao De Outono", and "Sambolero".  © 1996-2021, Dusty Groove, Inc.
(Teal label pressing. Cover has some wear and minor splitting.)