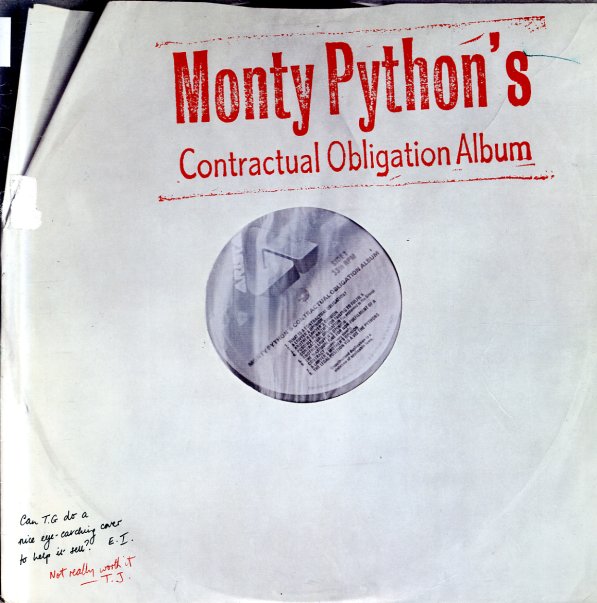 (Includes the printed inner sleeve. Cover has a cut corner, hype sticker, and is lightly stained at the bottom inch.)

Matching Tie & Handkerchief
Arista, 1975. Near Mint-
LP...$6.99
One of the best-realized Python studio albums – full of well-recorded bits that really use sound in different ways than some of their TV work, and which also uses the space of the album in a really cool way! LP, Vinyl record album