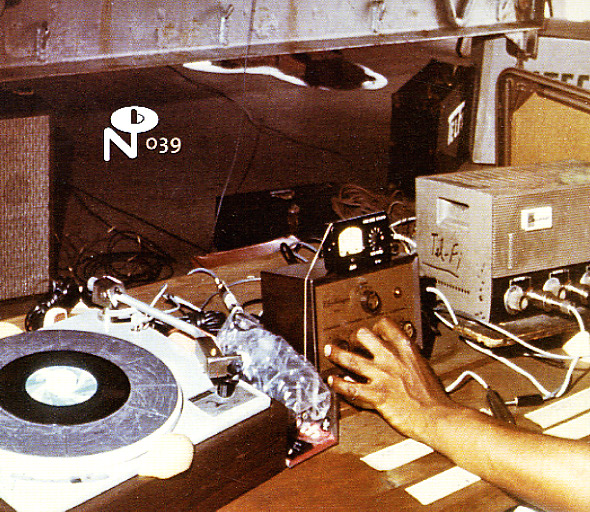 A long-overdue collection – and a rich document of one of our favorite sides of the Chicago soul scene! The package is devoted to the tiny Nickel and Penny labels, but it's also equally a set dedicated to legendary radio DJ Richard Pegue – whose work in both mainstream soul and later dusties formats really helped to shape our understanding of soul music! Pegue produced and wrote nearly every track on the set – which makes the collection one of the most unified the Numero Group has ever produced – a true tribute to Richard's great ear for a groovy soul record, and to all the smaller-name groups he helped support on the Windy City scene. The booklet does a great job of telling Pegue's story – really getting at the unique vision he brought to Chicago soul, and the wit and warmth that made him a favorite of many folks over the space of decades. The music alone is enough – stuff we've been waiting to get reissued for years – but together with the Numero research and booklet, the end result is sublime! Titles include "Just Say The Word" by Jerry Townes, "Fall In Love Again" by The Voices, "Never More" by Little Ben & The Cheers, "Why Do You Want To Make Me Sad" by The Norvells, "Instrumental 1" by Richard Terry & Company, "Shadows" by South Shore Commission, "This Is The Woman" by Sidney Pinchback, "The Ember Song" by Sidney Barnes, "Sign Of The Zodiac" by South Suburban Electric Strings, "This Love Of Mine" by Extensions, "Forever Is A Long Long Time" by The Voices, "Do The Pearl Girl (part 2)" by The Matta Baby, "I've Got To Find A Way" by Hallelujah Chorus, "First Thing I Do In The Morning" by Joyce Williams, and "I'm Gonna Get Even With You" by Little Ben & The Cheers.  © 1996-2021, Dusty Groove, Inc.
(Includes slipcase and booklet.)