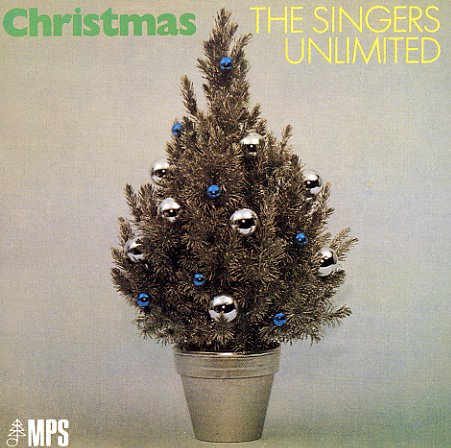 A groovy batch of Christmas carols from the Singers Unlimited, harmonizing in their trademark mellow, jazzy style over some nice arrangements by group member Gene Puerling! The feel is very sweet – fantastically harmonic, and set to impeccable MPS production – and most of the tunes here are taken in short versions that slide groovily into one another. Titles include "Deck The Halls", "Caroling Caroling", "Nigh Bethlehem", "It Came Upon The Midnight Clear", "Silent Night", "Joy To The World", 'Wassail Song", "Good King Wenceslas", "Oh Come All Ye Faithful" and "Have Yourself A Merry Little Christmas".  © 1996-2021, Dusty Groove, Inc.
(80s PAUSA pressing. Cover has light staining.)