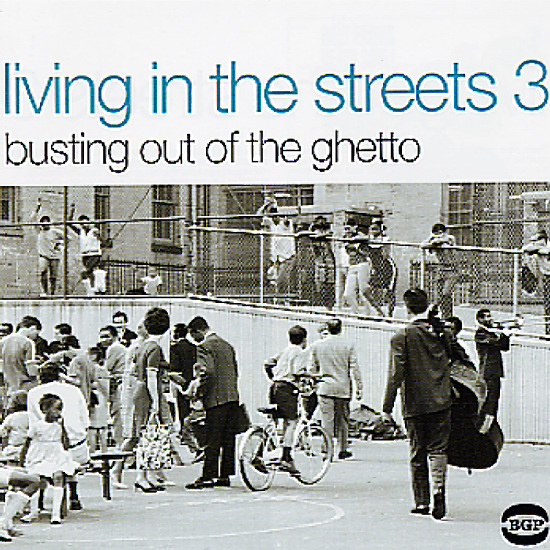 The funky third volume of the Living In The Streets series – and easily the best in this great series – a really hard and heavy batch of rare funk tunes that pushes past the cliches of the title to come up with an all-solid batch of tracks that's sure to please any fan of deep funk. Loads of great little groovers from a range of different labels – organ jazz meets heavy soul vocals meets dancing bassline funk, hard drums, heavy riffing, and beyond – all wrapped up together with a sound that never lets up. Tracks include "Mary Jane" by Bobby Rush, "Bustin Outta The Ghetto" by Carlos Malcolm, "I'm A Good Woman" by The Generation, "Dance Girl" by The Mighty Tom Cats, "Peace Love Not War" by Johnny King with The Fatback Band, "The Truth Shall Make You Free" by King Hannibal, "I'm Wishin" by Lorez Alexandria, "I've Known Rivers" by Gary Bartz, "Viva" by Jade, "Seeds Of Life" by East LA Car Pool, "Starvin" by Winfield Parker, and "He Called Me Baby" by Spanky Wilson.  © 1996-2022, Dusty Groove, Inc.