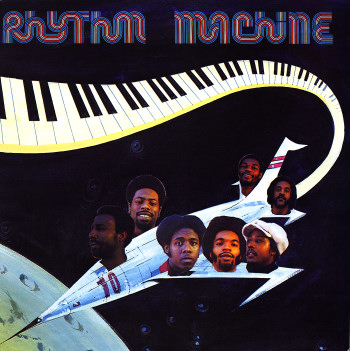 One of the heaviest funk records ever to come out of Indy in the 70s – a super-dope batch of ensemble grooving with plenty of odd twists and turns! At one level, the group work in a familiar Earth Wind & Fire-styled vibe – mixing heavy bass, funky rhythms, and lots of great horns – but at another level, the sound is a bit freer, and often hipper – coming across with jazzier influences on many tracks, and an overall style that's got some really righteous undercurrents! A number of tracks here are laidback and spacey – almost cosmic in approach, but a bit more love-oriented in subject matter – served up with some cool watery production that makes the guitar and keyboards really sound great, and some nice use of soprano sax to give the best tunes a nicely sharp edge! Titles include "You Got Action You Got Me", "Lil's Place", "Put A Smile On Time", "Thought My Love Was Free", "Can't Do Without You", and "Everybody's Chippin". Great new CD version – with 20 page book, and the bonus tracks "Laying & Playing", "Be Yourself", and "You Pay For What You Get".  © 1996-2021, Dusty Groove, Inc.