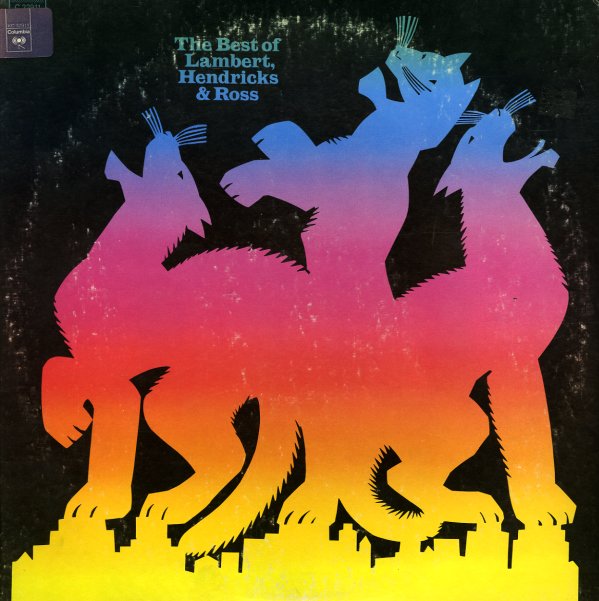 How can we even begin to describe the genius of Lambert Hendricks and Ross? The group was a jazz vocal supergroup that merged three talents that had already made a big name in the bebop vocalese field – Dave Lambert, Jon Hendricks, and the lovely Annie Ross – and the project was an attempt to completely work the emerging vocalese style onto a full-blown jazz group. This album wasn't their first – but it was the first to really break them with the masses, and it's a vocal jazz classic if there ever was one. Backings are by the Ike Isaacs Trio, plus Harry Edison on trumpet – and titles include "Moanin", "Twisted", "Cloudburst", "Everybody's Boppin", and "Sermonette". 70s version of the group's first album for Columbia – Hottest New Group In Jazz – but works fine as a best of!  © 1996-2021, Dusty Groove, Inc.
(70s pressing. Cover has light wear.)

Hottest New Group In Jazz
Columbia, Late 50s. Very Good+
LP...$6.99
How can we even begin to describe the genius of Lambert Hendricks and Ross? The group was a jazz vocal supergroup that merged three talents that had already made a big name in the bebop vocalese field – Dave Lambert, Jon Hendricks, and the lovely Annie Ross – and the project was an ... LP, Vinyl record album