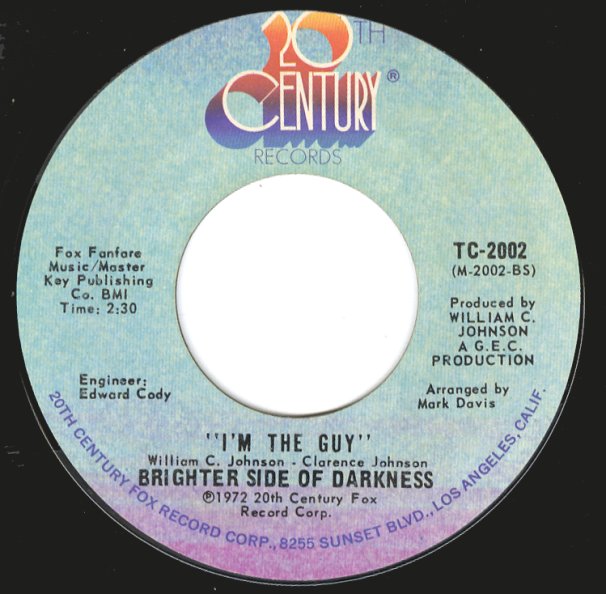 A killer bit of harmony soul – one of the greatest of the genre from the 70s! Brighter Side Of Darkness are barely remembered these days – but "Love Jones" is one of those cuts that will go on forever – a sweetly tripped out number with incredibly baroque production, matched only by the incredibly great vocals of the youthful group! "I'm The Guy" is a bit more conventional, but still a great harmony cut too!  © 1996-2021, Dusty Groove, Inc.

Thank You Darlin'/Bring My Baby Back
20th Century, 1968. Very Good
7-inch...$6.99
Sublime soul from one of the most under-recognized singers of all time! "Bring My Baby Back" is a different tune than the hit of the same name – sung by Jesse in a light, yet soulful vocal style that's really tremendous. "Thank You Darlin" is even greater – coming ... 7-inch, Vinyl record