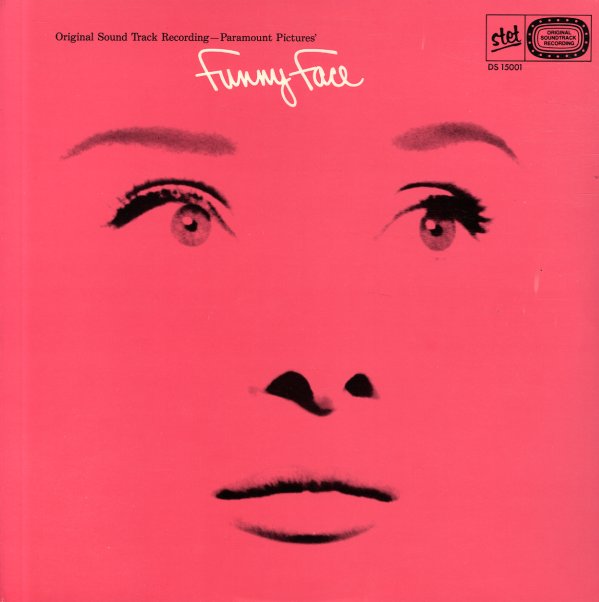 One of the strangest moments of success in the early years of Verve Records – and one of the label's few soundtracks too! The album's one that cleverly combines the core Verve jazz approach with some larger orchestrations by Adolph Deutsche – in a set of tunes based around the compositions of George and Ira Gershwin, used in a new catalog musical that starred Fred Astaire, Audrey Hepburn, and Kay Thompson! The link to the music of the Gershwins is right up there with the important Songbook projects Verve was doing at the time – and of course, Fred Astaire recorded some great material for the label in the 50s too – reminding the world that he could be a pretty great singer when he wanted, even away from film. Fred's maybe the biggest attraction here, as are some of the new tunes added in by Roger Edens and Leonard Gershe – and titles include "Funny Face", "How Long Has This Been Going On", "Clap Yo Hands", "S'Wonderful", "Think Pink", "Bonjour Paris", "Let's Kiss & Make Up", and "He Loves & She Loves".  © 1996-2022, Dusty Groove, Inc.
(Late 70s pressing on Stet/DRG in a non-gatefold cover.)

Duck You Sucker (Giu La Testa)
United Artists, 1972. Near Mint-
LP...$34.99
A fantastically beautiful record – easily one of Ennio Morricone's dreamiest scores of the 70s! Although the film itself is a western, Morricone's soundtrack is far different than usual – with hardly any traditional western themes at all, and mostly just music that's in that mellow, ... LP, Vinyl record album