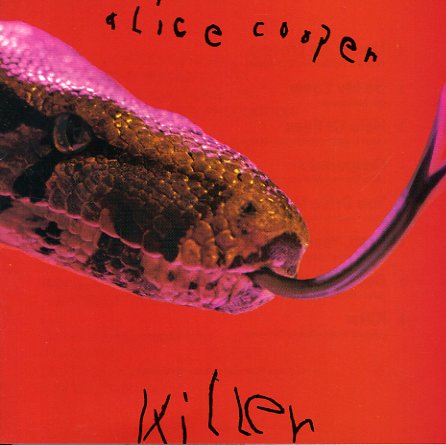 Pure early genius from Alice Cooper – a set that might not have been as big of a hit as some of his other early 70s albums, but which also shows the singer to be very much at the top of his game! Some of the tracks here follow familiar Cooper territory – sinister, hard-rocking energy with a no-nonsense approach – but there's also some deeper elements handled nicely by Bob Ezrin – with qualities that now feel years ahead of their time, and maybe even an influence to later folks who never would have admitted such a link! Titles include the fantastic "Halo Of Flies" – plus "Under My Wheels", "Be My Lover", "You Drive Me Nervous", "Yeah Yeah Yeah", "Dead Babies", and "Killer".  © 1996-2022, Dusty Groove, Inc.
(80s pressing in a non-gatefold cover with barcode. Cover has a cutout notch, but looks great overall.)

Pretties For You
Straight/Warner, 1969. Very Good+ Gatefold
LP...$29.99
Pre-shock rock psychedelia from Alice Cooper – more of a Detroit-reared answer to early Pink Floyd than it is a clue to the early metal horror show to come – and a record that stands stunningly well on its own! Since most people never even heard Pretties For You until long after Alice ... LP, Vinyl record album