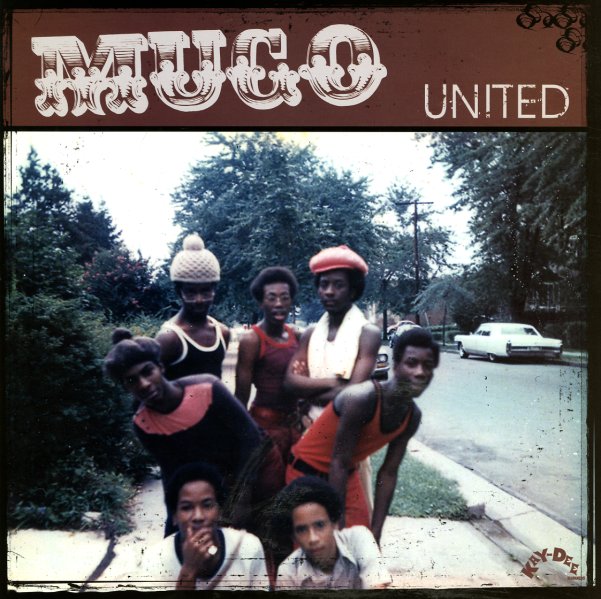 Early 70s ensemble funk from Mugo – a DC group made up of students from McKinley Tech High School – combining tightly energetic, fairly sprawling instrumentation and soulful vocals – a number of unreleased tracks from the sessions that also produced their rare 70s single, newly mixed by Kenny Dope for the Kay Dee label! The school band vibe really kind of comes into play via the uncommon mix of instruments, and that works really, really well – B-3, Rhodes and Korg synthesizer provide for some spacier touches, while flute and piano also find room in the group's sound alongside the funky drums, guitar and bass – with feverish vocals and some killer instrumental passages. The performances are inventively strong, too – it doesn't sound like a bunch a kids, that's for sure! We we flipped over the single Kay Dee put out of the group, and we're all the more ecstatic over the great LP! Includes "Change", "Organized (Kenny Dope Edit)", "Space Traveler", "I Love Music", "How Time Fly's", "All About Love", "Love Has Gone", "Sing A Song" and "Water".  © 1996-2022, Dusty Groove, Inc.