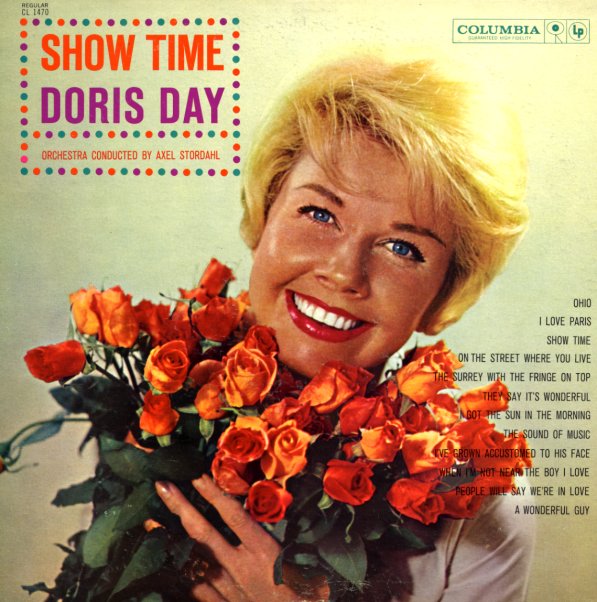 Show Time is a collection of tunes from musicals like Annie Get You Gun, Can-Can, Oklahoma, My Fair Lady, and South Pacific. Tracks include "I Got The Sun In The Morning", "People Will Say We're In Love", "They Say It's Wonderful", and "On The Street Where You Live".  © 1996-2023, Dusty Groove, Inc.
(6-eye mono pressing. Cover has partial split on top & bottom seam with tape repair, light surface wear & aging.)