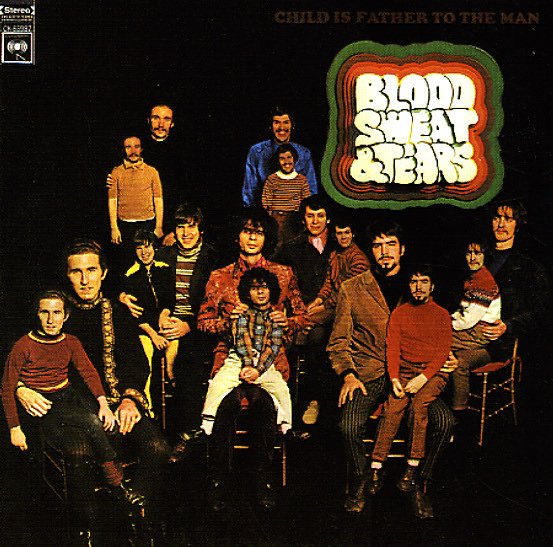 Child Is Father To The Man (Gold CD with bonus tracks)

A wild debut from Blood Sweat & Tears – one of those records that forever changed the face of popular music! The set's noteworthy not just for early vocals from Al Kooper – who was a key part of the group at their start – but also for key production work from a young John Simon – who helped arrange a bit, threw in a few musical touches, and really gave the group some focus on record – of the sort that would continue over the course of man albums. The set's got some added strings at points, and there's even some backup vocals from the duo of Valerie Simpson and Melba Moore. Titles include "Overture", "I Can't Quit Her", "Just One Smile", "Without Her", "My Days Are Numbered", "Morning Glory", and "So Much Love/Underture". CD adds six unissued demo recordings.  © 1996-2021, Dusty Groove, Inc.
(Out of print, limited edition Gold CD pressing – part of the MasterSound series.)