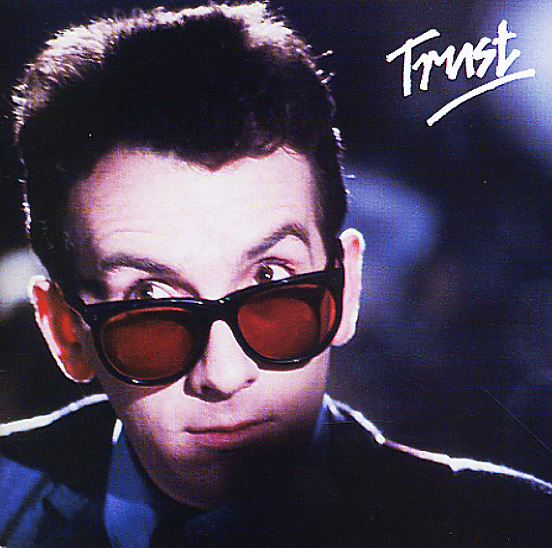 Essential old school Elvis Costello from the peak years of the Attractions era! Trust is one of the earliest albums in which Costello started to shake the punkish roots off just a bit, adding a bit more of his sock soul influences into his patented power pop. Tracks include "Clubland", "Lover's Walk", "You'll Never Be A Man", "Pretty Words", "Watch Your Step", "New Lace Sleeve", and "From A Whisper To A Scream".  © 1996-2022, Dusty Groove, Inc.
(Later UK pressing on Imp. In fantastic shape and includes the printed inner sleeve.)

A Scratch In The Sky
Columbia, 1967. Very Good
LP...$14.99
A great step forward for The Cryan Shames – a group who started their career singing other peoples' music, but who emerge here with some great songs of their own! There's a brilliant Sunshine Pop feel to the whole record – but there's also some garagey elements that reflect the group's ... LP, Vinyl record album