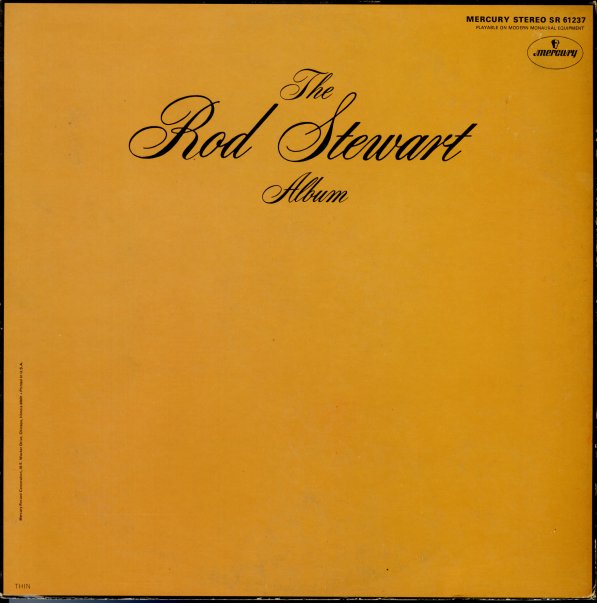 Incredible! The record's one that will blow away all your previous understandings of Rod Stewart – a wicked reinterpretation of the Faces sound, done with heavily acoustic instrumentation and really wonderful production. Includes Rod's landmark take on "Handbags & Gladrags" – plus "Man Of Constant Sorrow", "Cindy's Lament", "An Old Raincoat Won't Ever Let You Down", and "I Wouldn't Change A Thing".  © 1996-2022, Dusty Groove, Inc.
(Original US red label pressing with repeating rim logos. Cover has some wear along the opening.)

Gasoline Alley
Mercury, 1970. Near Mint- Gatefold
LP...$19.99
Genius, pure genius – and a record that will completely revise your thinking about Rod Stewart – a set that will blow away all the cliches you might know from later years, and will have you re-examining his early years in all their glorious brilliance! The sound is amazing right from ... LP, Vinyl record album