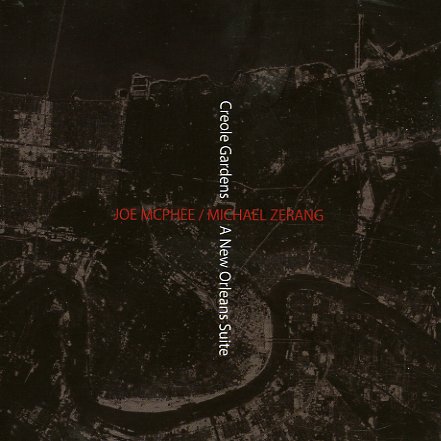 A really compelling collaboration between Joe McPhee and Michael Zerang – both players who've worked together often in the past, but who seem to find a fresh new voice on this album! Things are very loose and free – and the pair perform live, improvising some amazing sounds between McPhee's alto and pocket trumpet, and Zerang's always-creative work on the regular drum kit – used here with a wide pastiche of sounds that perfectly matches Joe's post-musical tones on his instruments. The pocket trumpet is especially compelling – and titles include "Congo Square Dance/Saints & Sinners", "Rise/After The Flood", "Crescent City Lullaby", and "And Now Miss Annie The Black Queen".  © 1996-2021, Dusty Groove, Inc.