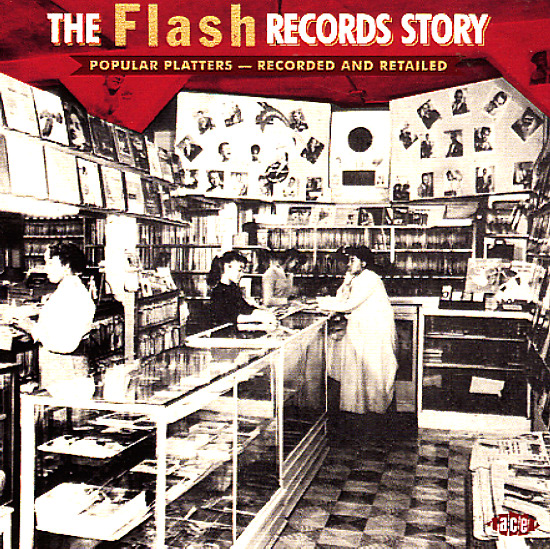 A reverent, nicely put together telling of the Flash Records Story – Charlie Reynolds' record label and retail outpost in mid-to-late 50s LA that put out numerous incredible R&B, raucous doo wop and otherwise jumpin' singles in the latter half of the decade! This collection is incredibly comprehensive – featuring nearly all of the Flash releases from 1955 to 1959 – and it's got rumbling rhtythm & blues, tender proto soul numbers, solo vocal belters, cooing doo wop groups and and more! This Ace collection is beautifully well done even by their excellent standard – with thick, 40 page booklet with excellent notes and filled with great photos – and it features 60 tracks on 2CD. Includes "Hurry, Hurry Baby" by Sidney Maiden, :The Devil's Cousin" by The Jayhawks, "It Ain't To Play With" by Sheryl Crowley, "Gonna Hold On" by Frank Patt, "Ooh-La-Cha-Cha" by The Fabulous Preston Combo, "Mr Boogie" by Judge Davis, "Hambone" by Mamie Jenkins", "Annie May" by The Arrows, "Don't Go Baby" by The Cubans, "Are You Alright?" by Paul Clifton, "Slow Down" by Gus Jenkins and many more.  © 1996-2021, Dusty Groove, Inc.