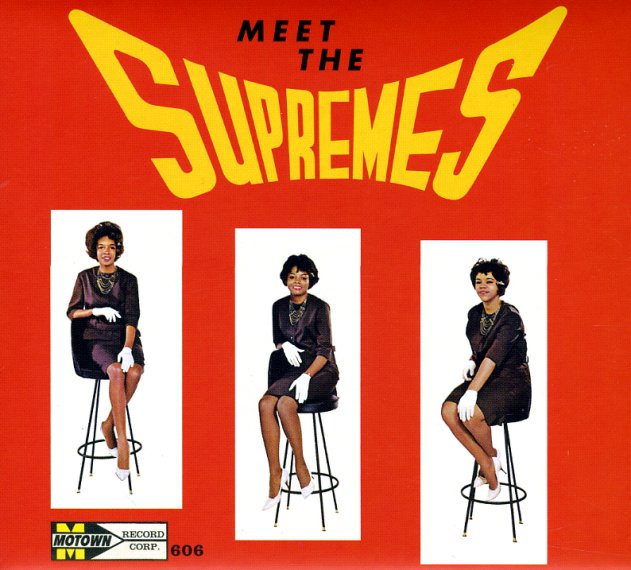 An amazing collection – way more than just an expanded version of this classic album, given that there's enough tracks on here for four records overall! The core set is sublime early material from The Supremes – the group's first album for Motown, but one that already shows them standing out strongly from other girl soul acts of the time! The feel here is a bit more mellow, and maybe a bit more innocent than some of the later Supremes work – lots of slow-stepping numbers that offer a nice link between budding Motown soul of the 60s, and some of the more fragile group soul styles of the decade before. Smokey Robinson produced some of the best cuts, and there's definitely a similarity here with his early Miracles work for Motown – on titles that include "Your Heart Belongs To Me", "Buttered Popcorn", "I Want A Guy", "Who's Lovin You", "(He's) Seventeen", "Baby Don't Go", and "You Bring Back Memories". 2CD set presents the original mono mix – 11 tracks – then also gives you the stereo mix from 1965 – 11 more tracks. Plus, the set also features 4 bonus cuts live from the 1962 Motortown Special – "Your Heart Belongs To Me", "I Want A Guy", "Time Changes Things", and "Let Me Go The Right Way". Then, on CD 2, the real greatness begins – 16 more bonus cuts from the album sessions – rare mixes, odd versions, and alternates – plus 6 more tracks recorded live in 1964 at the Graystone Battle Of The Stars, with cuts that include "Let Me Go The Right Way", "When The Lovelight Starts Shining Through His Eyes", "Time Changes Things", "Run Run Run", "Standing At The Crossroads Of Love", and "Anyone Who Had A Heart".  © 1996-2022, Dusty Groove, Inc.
(Out of print, limited edition – in great shape!)

Johnny B Goode – His Complete 50s Chess Recordings (4CD set)
Chess/Hip-O Select, Mid/Late 50s. Used
CD...$74.99
Chuck Berry at Chess – as monumental as anything recorded by anyone in the 1950s with an importance that can't be overstated – but even if you put the historical relevance and cultural cache aside, you're still left with some of the most exhilarating blasts of high octane rock, blues ... CD