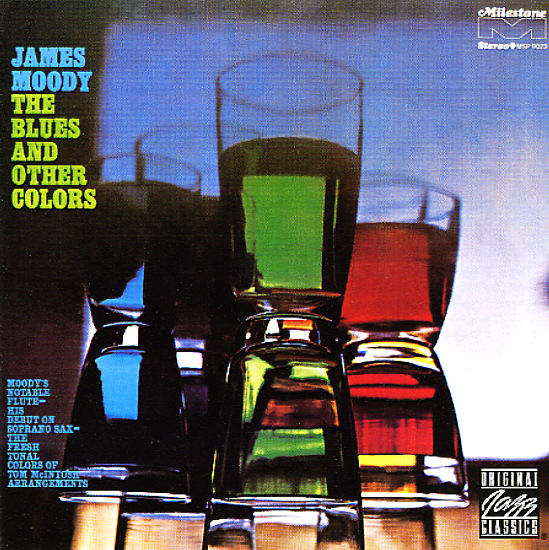 God, we love James Moody! He's a total genius, waiting to be fully rediscovered – and this album is a perfect place to start! The record features James playing soprano and flute over some incredible arrangements by Tom McIntosh, the hip 60s composer/arranger who worked on some of Moody's best work – and who here shifts between a slightly funky mode, and one that's got some rich tonal colors and shapes, all of which brings out the most expressive side of Moody's playing, especially on the soprano sax tunes, which have all the soulful depth of the best work of Pony Poindexter. Tracks include a funky version of Ellington's "Main Stem", plus the tracks "A Statement", "Savannah Calling", "You Got To Pay", "Gone Are The Days", and "Everyone Needs It".  © 1996-2022, Dusty Groove, Inc.
(Out of print.)

Feelin' It Together (32 Jazz pressing)
32 Jazz, 1974. Used
CD...$3.99
James Moody's definitely feelin it here – stepping back into a straighter hardbop mode after some funkier sets of the early 70s – really sounding great on tenor, alto, and flute – and working with a very hip quartet for the date! Kenny Barron's in the group on both electric and ... CD

Heavyweights/Comin On Up
Jazzland/Milestone, 1961. Used
CD...$7.99 (LP...$28.99)
2 early 60s sessions by tenorist Sal Nistico – a great player who spent most of his life in bigger bands, but who also knew how to shine on small group settings like these! They sure got the title right on the CD, as Sal's playing tenor in groups that feature many heavyweights, and soul jazz ... CD

Joe Henderson – The Milestone Years (8CD set)
Milestone, Late 60s/1970s. Used 8 CDs
CD...$99.99
A decade's worth of magical music from tenorist Joe Henderson – his complete recordings for Milestone Records, easily some of the greatest sides of his career! Joe first got his start on Blue Note, where his sharp-edged horn was one of the most exciting things to strike the label in the 60s ... CD