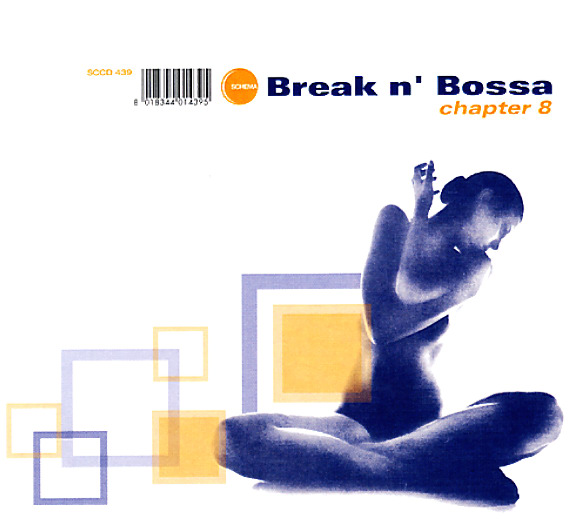 Beautiful bossa groovers galore – and one of the greatest entries so far in a series that never lets us down! Years back when Break N Bossa first started, the concept of older Brazilian modes and contemporary dancefloor rhythms was something of a new idea – but over the years, with the help of titles like this, grooves around the globe are a heck of a lot warmer – filled with acoustic elements that take us back not only to the sounds of Rio in the 60s, but also to the European scene that was so inspired by it in later decades. This time around, there's plenty of greatness to chose from – and there's definitely a deepening of the sound as members of the Schema and other scenes represented here have matured over the years. 2CD set features 26 tracks in all, some previously unreleased – including "VSOP (Beatfanatic edit)" by Stockholm Cyclo, "Pinkie (2008 version)" by Beat Out Shrine, "Jurubeba" by Luis Ferri with Adi Souza, "No Mercy For Me (Alessandro Magnanini rework)" by Mario Biondi, "Ocean (Diggin In The Latin mix)" by The Dining Rooms, "Carolina Carol Bela" by Gerardo Frisina with Anna Clementi, "Carioca (Nicola Conte rmx)" by Fragmentorchestra, "Onde Anda O Meu Amor (Fedreghini & Bianchi rmx)" by Rosalia De Souza, "Que Bandeira (Frisina rmx)" by Rosalia De Souza, "Thin Ice (Fedreghini & Bianchi rmx)" by Dining Rooms, "Till The End (Inverse Cinematics rmx)" by The Invisible Session, "Kind Of Latin Rhythm" by Juju Orchestra, "Aromi" by Nick Bernard, and "Non Stop Flight" by Dalindeo.  © 1996-2022, Dusty Groove, Inc.

Heat In The City
Schema (Italy), 2021. Used Gatefold
CD...$9.99
A bright new groove on the Schema Records label – but one that features work from some of the company's real heavyweights in recent years – as the album was conceived and produced by Lucio Cantone (aka Invisible Session), and features tunes written by the funky Alex Puddu – all in ... CD

Bloom (with bonus track)
Schema (Italy), 2013. Used
CD...$2.99
One of the most soulful albums we've heard from Schema in many years – a brilliant batch of jazzy tracks from singer Andrea Balducci – served up with backing by a great lineup of players from both the Ricky Tick and Schema worlds! The core approach is jazz, but many of the songs are ... CD