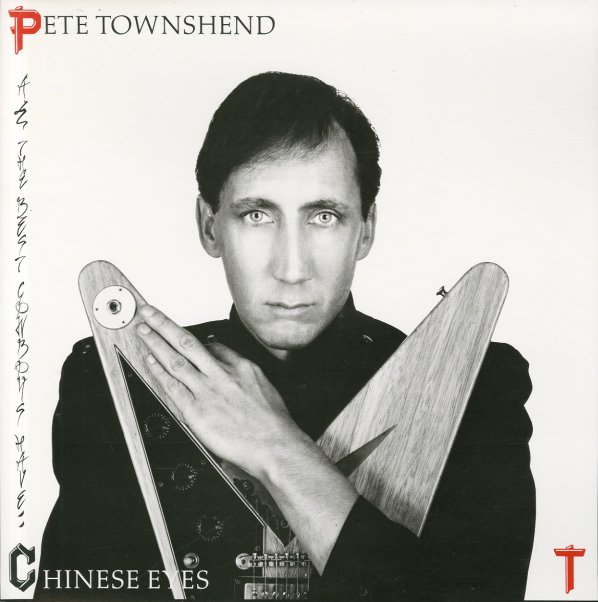 All The Best Cowboys Have Chinese Eyes

A real comeback classic for the solo Pete Townshend – with titles that include "Slit Skirts", "North Country Girl", "The Sea Refuses No River", "Communication", "Uniforms", and "Somebody Saved Me".  © 1996-2022, Dusty Groove, Inc.
(Includes the printed inner sleeve. Cover has a partially unglued top seam.)

Who Came First
Track, 1972. Near Mint- Gatefold
LP...$29.99
A fantastic first album from Pete Townshend – one that showed the world that he was a hell of a force to be reckoned with, even away from The Who! There's some elements here that link back to Pete's work with the band, but the music here is already showing lots of new ideas brewing in his ... LP, Vinyl record album