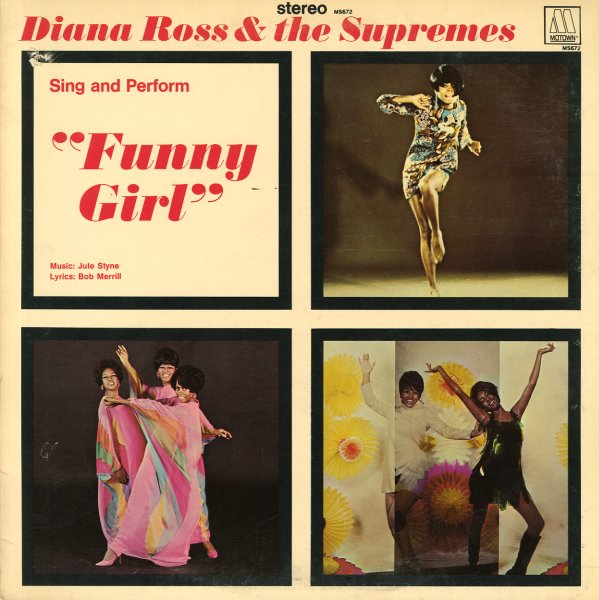 A great little album from Diana Ross – maybe one of her lesser-known efforts with The Supremes, and a set that really points the way towards the solo years to come! One of the reasons for that is that the set really just features Diana out in the lead, with different backing singers behind – all the great songs from the show, but recast with these sophisticated soul arrangements by Gil Askey – very groovy, very Motown, but also with a lot stronger focus on Ross upfront than usual! In a way, the shift is a fantastic nod to Diana's growing role as a star – really claiming her as the black Streisand, a position that she's clearly confident with, and maybe even beats Barbara on the vocal tip too. Titles include "Funny Girl", "The Music That Makes Me Dance", "Don't Rain On My Parade", "People", "Cornet Man", "His Love Makes Me Beautiful", "Sadie Sadie", and "I'm The Greatest Star" – the last of which would make a nice theme song for Diana's 70s years!  © 1996-2021, Dusty Groove, Inc.
(Original pressing with deep groove. Cover has a cutout hole.)

Greatest Hits Volume 3
Motown, 1960s. Near Mint-
LP...$9.99
It's the third volume, but there's still plenty of hits left – thanks to the legendary 60s run of Diana Ross & The Supremes at Motown! Arrangers include Henry Cosby, Paul Riser, and Wade Marcus – and most of the tracks are from the later years of the original trio – with ... LP, Vinyl record album