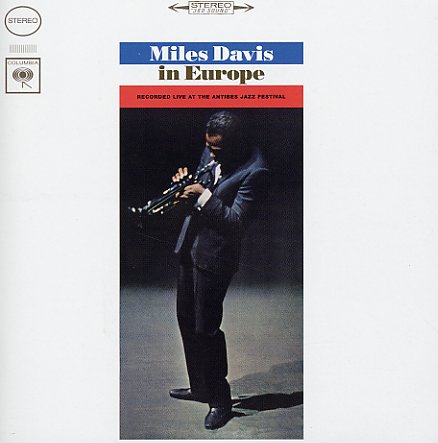 A wonderful live set from the Seven Steps-era Miles group – with rhythm by Herbie Hancock, Ron Carter, and Tony Williams – and tunes that are all in that transformative mode that really showed Miles hitting a new voice at the time! Tenorist George Coleman's playing with the group on the set – proving again that he's got a depth that few people ever seem to give him credit for – and that it wasn't just Wayne Shorter who made the 60s Davis quintet so great. Titles include "Autumn Leaves", "All Of You", "Walkin", and "Joshua".  © 1996-2022, Dusty Groove, Inc.
(70s stereo pressing – PC 8983. Cover has some surface wear and aging.)