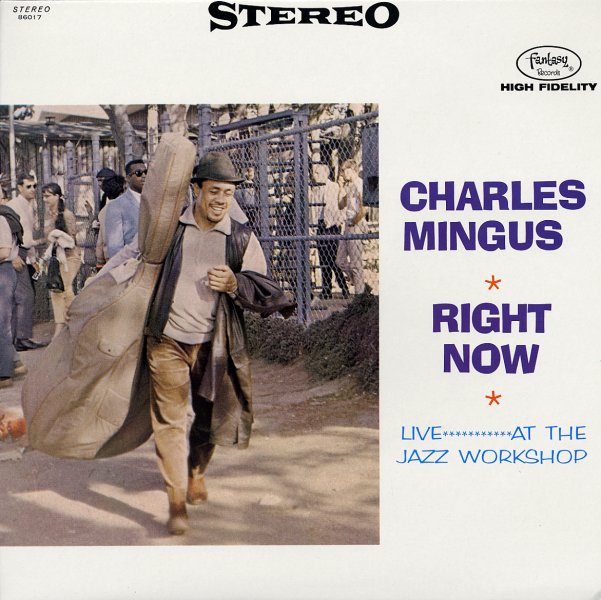 Charles Mingus caught live is a totally different experience from Mingus in the studio – as this crack album from 1964 will testify! The album features a stripped-down quartet that includes Clifford Jordan on tenor, Jane Getz on piano, and Dannie Richmond on drums – plus a guest appearance by altoist John Handy on one of the album's two tracks. Although you'll recognize the titles – "New Fables" and "Meditations (For A Pair Of Wire Cutters)" – as two of Mingus' more famous compositions, the versions here are extremely long (over 20 minutes), and show the less-composed side of Mingus' playing – one in which he allowed soloists to have much freer rein than usual, and really stretch out with their sound! Jordan and Handy take more than ample use of this space, and wail away mightily in some of their best recorded work from the time. Nice stuff, and one of the best mid-60's Mingus albums!  © 1996-2020, Dusty Groove, Inc.
(Out of print.)