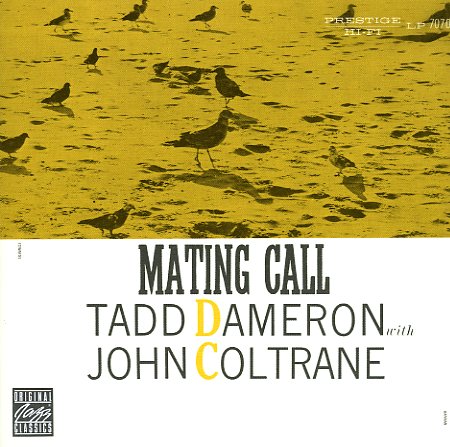 Buddy & Claude (Yes Indeed/Tate-A-Tate)
Prestige, 1960. Used
CD...$14.99
2 great sessions pulled from the Swingville catalog of Prestige Records – both of which feature heavy tenor sax from the great Buddy Tate! Yes Indeed was issued under the leadership of pianist Claude Hopkins – and although it's a showcase for his skills on the keys, Buddy Tate also ... CD

Gigi
Contemporary/OJC, 1958. Used
CD...$6.99
Andre Previn's got some very hip pals here – drummer Shelly Manne and bassist Red Mitchell – both frequent partners during the late 50s, especially on this classic run of jazz-Broadway records for Contemporary! The spirit here is very much like that of the famous My Fair Lady date made ... CD

Live – Shelly Manne & His Men At The Manne Hole Vol 2
Contemporary/OJC, 1961. Used
CD...$5.99
An incredible record from Shelly Manne – one of his only dates recorded at The Manne Hole, even though it was his own club – and a killer live recording that was issued in a rare 2LP format for the time! The style here is similar to Manne's excellent recordings at the Blackhawk – ... CD

Tenor Madness
Prestige/OJC, 1956. Used
CD...$2.99 (LP...$19.99)
A groundbreaking album from Sonny Rollins, largely for the extended track "Tenor Madness", which runs on for 13 minutes, and features him and Coltrane blowing head to head – redefining the sound of the tenor sax in jazz through the course of that amazing track! Backing is by the ... CD

Brilliant Corners
Riverside/OJC, 1956. Used
CD...$4.99 (LP...$199.99)
A brilliant title for this brilliant album from Thelonious Monk – a set that really has him coming back strongly in the second half of the 50s – with a new talent for arrangements that really goes past his previous work! Monk's piano and compositions are every bit as great as before ... CD